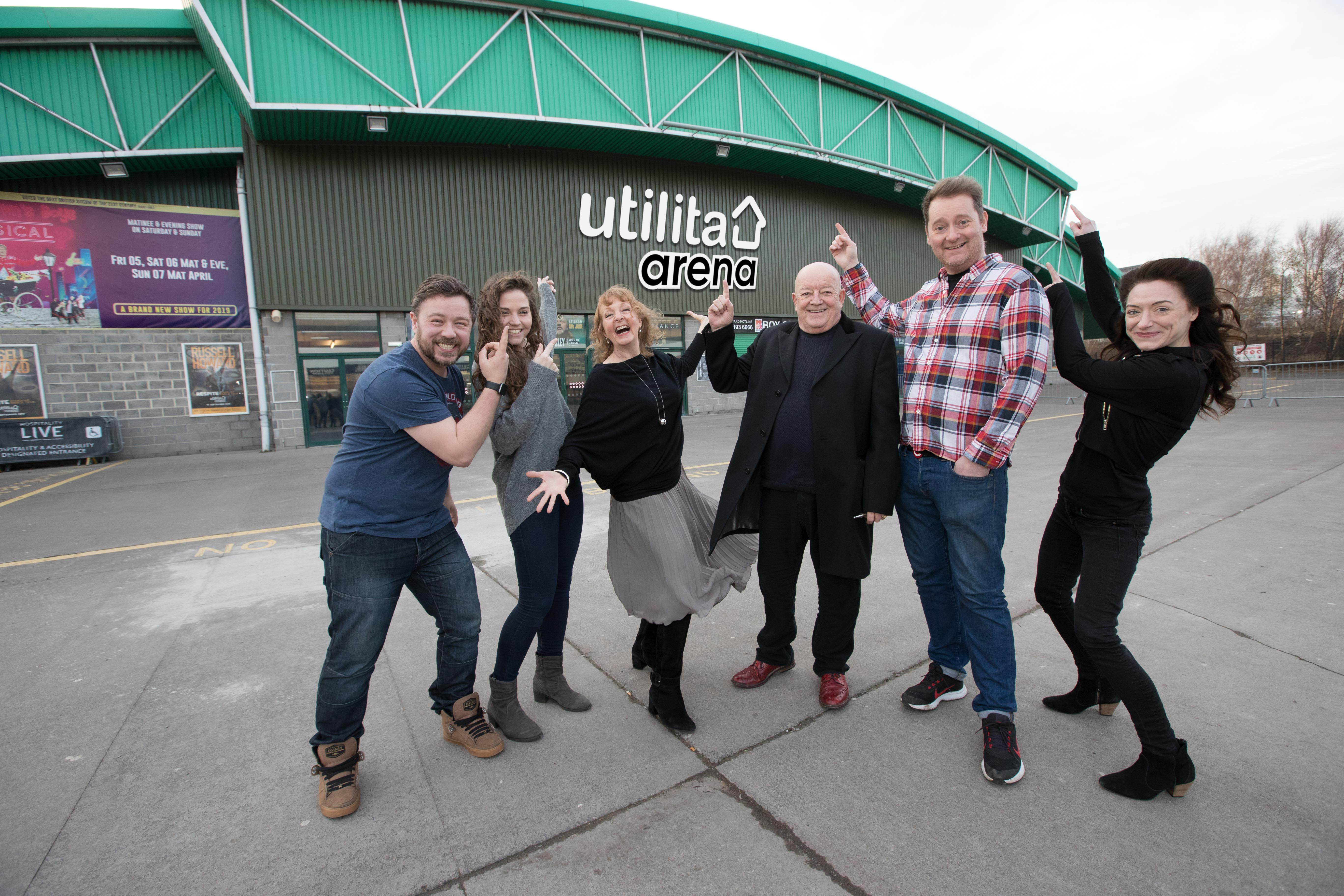 Tickets are on sale now for Sunday for Sammy 20th anniversary shows on 23rd February 2020 at Newcastle Utilita arena.

Following the astonishing success of the 2018 sell-out, Sunday for Sammy returns to the Newcastle Utilita Arena for two spectacular 20th Anniversary shows.

The concerts, locally dubbed The Geordie Command Performance, are held every two years in memory of Geordie actor Sammy Johnson who died suddenly in 1999. The 2018 shows, the first to be held at the Arena, were hailed as the best ever by fans who travelled from all over the North East and beyond to be part of the fun.

Sunday for Sammy, which was staged at Newcastle City Hall for 16 years, has become one of the ‘must-see’ events in the regional entertainment calendar. Over 10,000 fans flocked to Newcastle Arena for the 2018 show and the organisers are expecting another speedy sell-out in 2020.

Tim Healy, Denise Welch, Mark Knopfler, Kevin Whately, Charlie Hardwick, Jimmy Nail, Jill Halfpenny, Jason Cook, Timothy Spall, AC/DC’s Brian Johnson, Christopher Fairbank, Mattie Healy, Stephen Tomkinson, John Miles, Angie Lonsdale, Joe McElderry, Brendan Healy, Donna Aire, Ant and Dec, Chelsea Halfpenny, Billy Mitchell, Brendan Foster, Pam Royle, Bob Moncur, Julia Tobin and many, many more have previously given up their time to take part in the show.  The cast list is never revealed beforehand and every show is packed with surprises. None bigger than the reception given to actress Brenda Blethyn who brought the house down with her appearance as Vera in the 2018 show. The award-winning actress said:
‘Never in my entire career has an audience welcomed my appearance on stage as wildly and enthusiastically as the audience for Sunday For Sammy welcomed VERA. It was deafening and I’ll cherish the memory of it for ever. The warmth and enthusiasm for the entire show was overwhelming. Thank you. I’m so happy and honoured to have taken part.’

Chairman of the Sunday for Sammy Trust, Tim Healy commented:
“It’s hard to believe that it will be twenty years since the first Sunday for Sammy. The show has become a part of our lives and also part of North East Culture.  It makes me so proud to know that an idea that Jimmy Nail and I dreamed up to maintain the memory of our pal Sammy has so far raised over £530K to support young performers and creatives in the North East.”

Show producer Ray Laidlaw added:
“The Newcastle Utilita Arena is now the natural home for Sunday for Sammy. The 2018 show was a huge hit with both the audience and the performers. The success of the 2018 concert DVD, which reached No 3 in the UK charts, has helped to spread the word even further. We’re looking forward to another spectacular event. Every year, the tickets sell faster so I’d urge fans not to leave it till the last minute to guarantee your part in the 20th anniversary shows.”

Tickets are on-sale from the Utilita Arena and the Theatre Royal in Newcastle. Visit www.sundayforsammy.org for details.

Sam Fender to Headline Mouth of the Tyne Festival

Italian Treats By The Sea