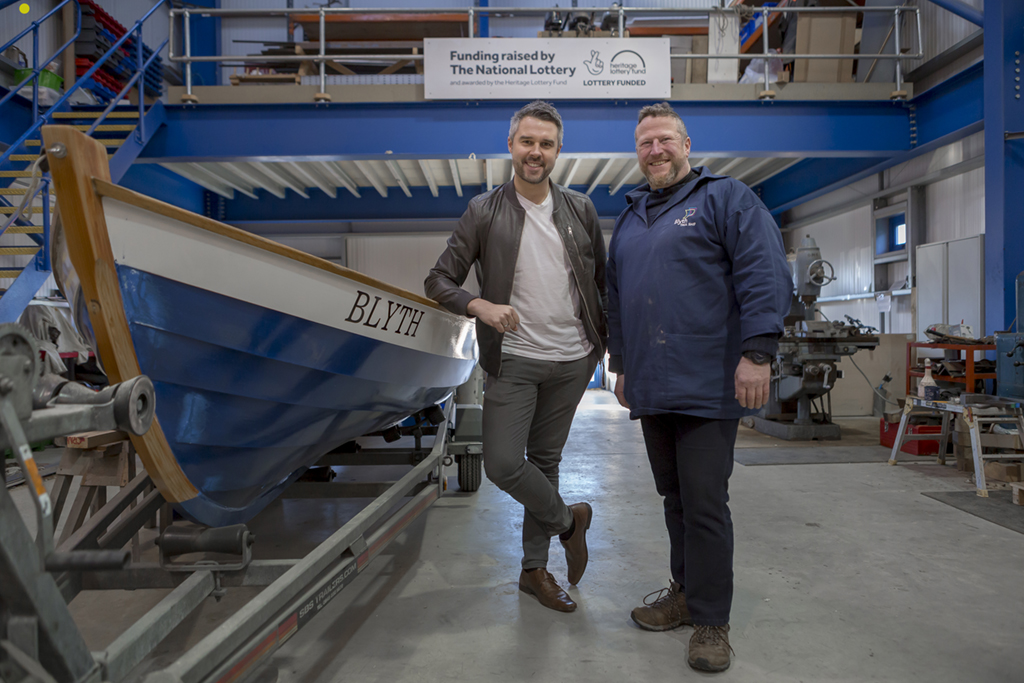 Sky TV’s Pete Graves, a Northumberland native, has fronted the brand-new mini-series which is all about amazing community projects that work tirelessly to improve the lives of local people across Northumberland. The project, called Untold Stories: Northumberland, films four National Lottery funded projects and looks at the stories behind the incredible people who make them happen, and those who benefit from them. This includes a project from Ashington.

Untold Stories: Northumberland  lifts the lid on how National Lottery funding is spent locally to benefit the people of Northumberland. Each of the four short-form documentary-style episodes is dedicated to an initiative that has made a life-changing impact on its local community with the help of The National Lottery.

They include: Blyth Tall Ship, a pioneering project that sees young people in the area recruited to restore an original tall ship whilst gaining valuable engineering skills; Hauxley Nature Reserve, a stunning community space built and run entirely by volunteers; Museums Northumberland’s bait, an art project and Hexham Youth Initiative, a safe space for young people across the Hexham area.

The documentaries are presented by Sky Sports presenter, Pete Graves. A passionate Northumberland native, Pete returned home and visited projects funded by the National Lottery to meet some of the driving forces behind each good cause and the everyday people whose lives have been transformed and enhanced since having access to these much-needed resources.

Among those featured in the mini-series are individuals who have overcome anxiety, depression and struggles with employment.

Jonathan Tuchner from the National Lottery said: “We are passionate about supporting projects and initiatives that we know have a real, tangible impact on people’s lives. Untold Stories: Northumberland sheds a light on the brilliant initiatives – and the local people behind them – that are using National Lottery funding to make a significant difference. “

Pete Graves, presenter said: “I am so proud to call Northumberland home – and after visiting each of the incredible projects featured in Untold Stories: Northumberland, I’m even prouder. Having the chance to see first-hand the impact they have on the local community and people’s lives, has been brilliant. I hope people across the area are as moved and inspired as I am after watching the series!”

Untold Stories: Northumberland are available across the National Lottery’s social channels with a new episode uploaded every week.

Sam Fender to Headline Mouth of the Tyne Festival

Italian Treats By The Sea